Why this year’s Singles Day will be different

The annual Singles Day online shopping extravaganza led by China’s Alibaba is the world’s biggest ecommerce event, with sales last year exceeding $30 billion. Video livestreaming will play a bigger role this year, and such foreign brands as Estée Lauder already are getting in on the act. 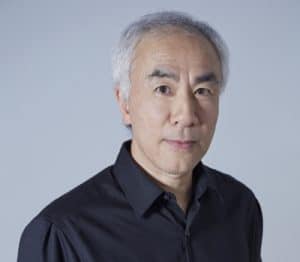 It’s the biggest retail event on the planet. Singles Day is an annual sales event created by China’s ecommerce powerhouse Alibaba, and last year it generated US$30.8 billion in gross merchandise value (GMV).

Singles Day takes place every year on Nov. 11. Yet experts say this year requires a new approach, as sales growth is slowing down. Last year sales growth slowed to 27%, down from 39% in the previous year.

Taobao livestreaming generated over US$15.1 billion in gross merchandise value, up nearly fourfold from the previous year.

We take a look at what Alibaba is doing to counter slowing growth and what these trends mean for American retailers and brands selling online to China.

Video livestreaming on Chinese ecommerce site Taobao has existed for a few years, but only this year has it become a major focus for Alibaba on Singles Day. Last year, Taobao livestreaming generated over US$15.1 billion in gross merchandise value, up nearly fourfold from the previous year.

How does it work? During these QVC-like livestreaming sessions, young hosts and influencers demonstrate products in real time, highlighting the pros and cons of each product. The value-add is that viewers can get a better sense of what the products look like when used by a real person. What’s more, viewers can use messaging systems to ask questions in real time, such as how does the fabric on a piece of clothing feel or how does it look when paired with a red-colored skirt. The interactive nature of these livestreaming sessions usually leads to higher user engagement and conversion rates. In fact, Taobao boasts that livestreaming conversion rates average around 32%.

Estée Lauder is doubling down on livestreaming this year. As early as Oct. 23, Estée Lauder has been hosting daily influencer livestreaming campaigns that direct viewers to its Taobao/Tmall pages. Viewers can put down pre-sale deposits for limited-quantity items that they can then purchase on Singles Day. The video above shows that over 34,000 users viewed this streaming session in the morning of Oct. 23. Users who put down a 50 RMB (US$7) deposit were eligible for this set of lotion and toner products from Estée Lauder, as well as other valuable items.

Another feature to look out for this year is livestreaming’s cousin: short-form videos.

A select few influencers could link their videos to items and promotions on Taobao stores. Once users clicked on the link, they were taken to an interstitial screen that showed a preview of the product (but still within the Tik Tok app). After they clicked in, they were taken to the full Taobao page where they could make purchases.

The whole process is seamless and requires just a few taps of the finger. For promotions leading up to big holidays such as Singles Day, brands usually engineer pre-sale campaigns, in which short videos lead users to landing pages, and induce them to put down pre-sale deposits for items to be purchased on the big day. This year’s hashtag campaign from Oct. 21 to Nov. 11 focuses on driving traffic to campaigns for certain brands or products, including New Zealand’s geo-skincare brand and South Korea’s amortals brand.

In the example above, an influencer with one million followers drives traffic to Alibaba’s Taobao promotion page on Tik Tok. This page is full of coupons that can only be redeemed on Singles Day.

Alipay is the Gateway to Chinese Internet Users on Singles Day

Alibaba’s mobile and online payment platform Alipay is also holding its own campaigns to get customers excited for Singles Day this year. It is doling out 2 billion RMB (US$283 million) worth of virtual cash to those who download the newest version of Alipay.

Why does Alipay play such an important role on Singles Day?

Alipay is oftentimes the first point of contact between new internet users and Alibaba’s ecosystem. While Alipay is already commonly used in China, there are still pockets of older users that aren’t as tech-savvy and also new, younger users coming online for the first time every year.

Since Alipay is a payments app with no upfront fees and a relatively high frequency use rate, customers are likely to open the app on a daily basis. Alipay is also powerful as a “super-app“ that contains all of Alibaba’s products and services. Once users are inside the app, Alipay can upsell them on other products in Alibaba’s ecosystem, such as ecommerce products on Tmall/Taobao, Youku video memberships, Eleme on-demand food delivery services, etc.

With Alipay, Alibaba can also analyze customers’ purchasing data and figure out how to better market its products to customers. Thus, not only does Alipay play a crucial role as an entry point for new internet users, but it also enables merchants to better understand and target existing customers.

Chart: The rise of Singles Day sales on Alibaba's marketplaces

How North American retailers can start preparing for Singles’ Day 2018