“It’s something new every day,” says Quinto Marini, package engineering manager, speaking of the products that come through the doors of UPS Inc.’s Package Design and Test Lab for evaluation. The lab, adjacent to a regional UPS distribution center in Addison, Ill., is where e-retailers and other companies from around the world send their products and current packaging materials to UPS to pinpoint weaknesses in their fulfillment and packaging methods—usually because they’ve gotten complaints from customers about goods arriving damaged or broken.

Marini isn’t kidding. On a recent visit, products undergoing tests ranged from nesting dolls to wine, which Marini says is among the toughest products to successfully ship because of temperature factors and because it’s a liquid packaged in glass. Other assorted products that have come through for evaluation include bicycles, Christmas trees and bed frames—basically anything that can be packaged to ship through UPS’s small parcel network.

The lab, which has 12 employees, including five full-time packaging engineers, puts packages through a series of simulations that replicate conditions as a parcel moves through the network, testing, for instance, how a package (and the product is holds) respond to four levels of vibrations, like it would encounter while being transported through UPS’ ground network in a tractor trailer. Or how a package holds up when dropped on its various faces and edges from an 18-inch or 36-inch height. There are also simulations that test how a package responds to environmental conditions, such as humidity or freezing temperatures—as an e-retailer’s packaging requirements could vary by time of year or where a package is being shipped to. 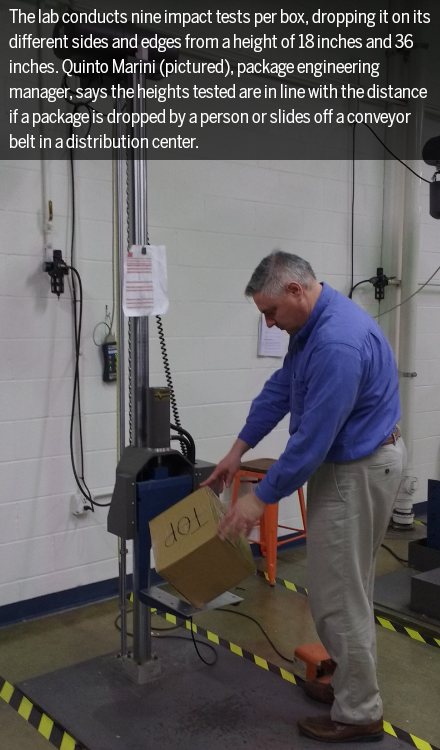 Marini says a gourmet popcorn e-retailer, for example, received complaints from consumers in Western states that some kernels arrived popped, but it never heard the complaint from consumers in Eastern states. The lab, which four times a year ships thermal probes throughout the ground network to track conditions in different regions, ended up tracing the route the popcorn e-retailer’s packages took. It found the culprit was a Rocky Mountain pass in Colorado where the elevation was so high, the kernels burst as they traveled through. The lab recommended a new product package design that resolved the issue. 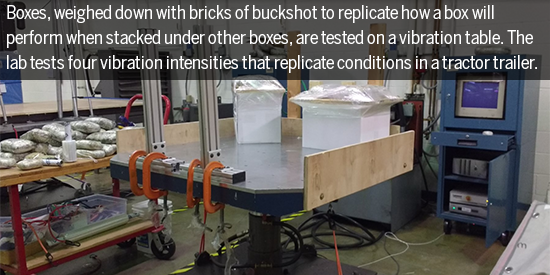 The lab is seeing increased demand from e-retailers since UPS in early 2015 implemented dimensional weight pricing to parcels shipped ground, Marini says. Previously applied only on air shipments, dimensional weight pricing bases rates on the cubic dimensions of the package being shipped, rather than only weight. “Everyone is taking a look at everything,” that may increase the size of the package and how they can ship most efficiently, Marini says. E-retailers sometimes send products to the lab before they decide to sell them to find out what the best packaging methods would be for the product, and get a sense of what it will cost to ship them. If a product’s shipping price cuts the e-retailer’s margin on a product too closely, it may decide not to carry that product. 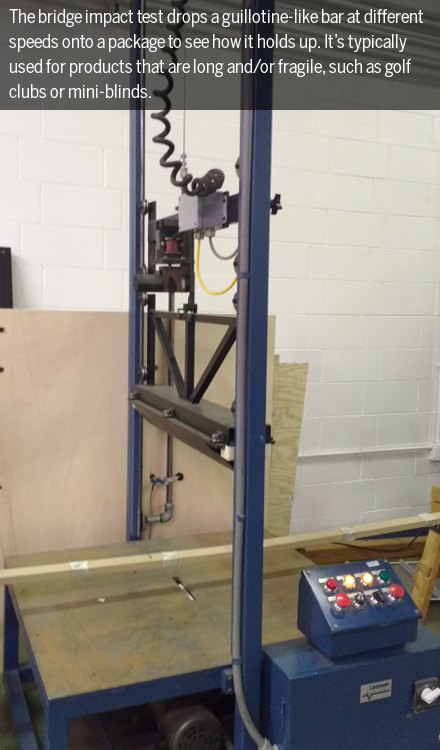 Pricing for the Package Design and Test Lab’s services vary by the type of product being tested, but basic testing for one package starts at $825. E-retailers get a report showing the test results and the lab’s recommendations on how to address any issues, which might include, say, changing the type of interior packing materials used. The lab recommends wadded Kraft paper, for instance, shouldn’t be used if a product weight more than 10 pounds, and the recommended weight limit for using air bags as filler is 25 pounds. It never recommends packing peanuts. Marini says the lab evaluates packaging materials from many vendors, however it doesn’t get involved in contract negotiations. 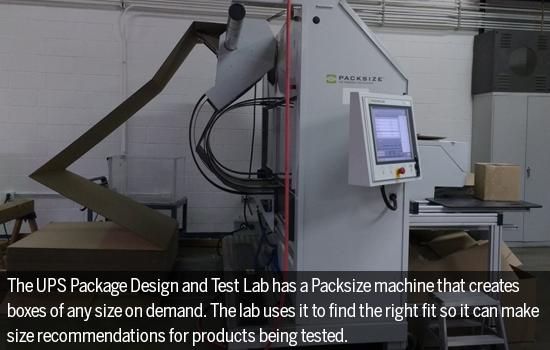