Amazon featured many products not available on the sites of major competitors, and varied prices less than on last year’s Prime Day.

Amazon’s second Prime Day sale was bigger and definitely more successful than last year. In fact, #PrimeDayFail hashtag, which created quite a stir last year, didn’t seem to gain as much popularity on Twitter this year, indicating that the overall customer sentiment on social media was more positive. To delve deeper into what led to the success of Amazon’s self-created holiday, Ugam analyzed the pricing and assortment trends of Amazon’s bestselling products, across several categories. Here what the study revealed:

1. Amazon had a differentiated product assortment for popular categories

Of the 600 products analyzed, Ugam’s proprietary machine-learning technology found only 5.5% of exact product matches between the top three retailers – Amazon, Walmart and Target. This implies that the online retailer carried a unique assortment compared to its competitors. This was also witnessed in the analysis of Lightning Deals, which found that most of Amazon’s special offers did not feature products from some of the more popular brands.

Particularly when it came to Lightning deals, Ugam’s analysis found that they remained fairly steady throughout the day, unlike last year, when prices fluctuated every half hour or less. The Clothing, Shoes and Jewelry category had the most items on discount, along with the greatest value of discount – at an average of 47% off, with some discounts reaching as high as 86%. It’s also no surprise that Amazon sold 90,000 TVs this Prime Day, with Electronics being the second most discounted category, at an average of 42%. 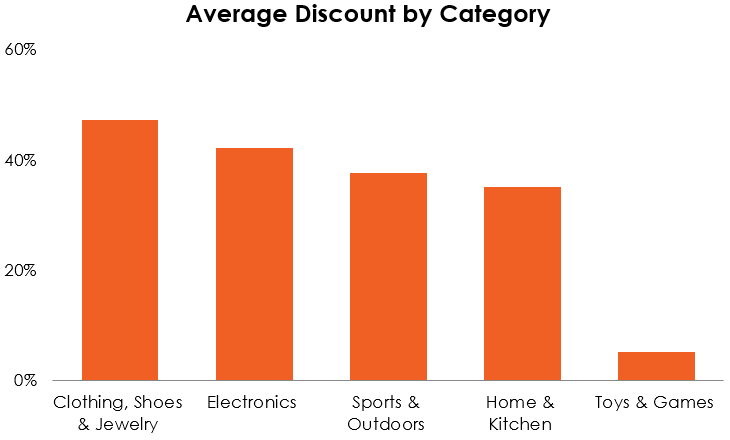 3. Amazon offered more deals to a growing Prime membership base

A report by Consumer Intelligence Research Partners showed that Amazon Prime membership was 44 million at the end of June 2015, which grew to 63 million by June 2016, an increase of 43%.  July’s Prime Day was the next big push, with the company offering 100,000 deals, for products ranging from TVs, to headphones to kitchen appliances, to basically everything else.

But what can retailers learn from Amazon Prime Day?

Amazon has been successful in etching its own self-made event in the minds of the people. Other retailers have opportunities to leverage data and analytics, both within their firewall and outside, to understand their shoppers better, improve their assortment and pricing strategies, and provide a compelling shopping experience customers have come to expect. Retailers should take advantage of the vast volumes of data available today, to glean actionable insights by using newer technologies but answering the same old questions to be prime again.

Ugam provides online retailers and brands analytics technology in areas such as pricing and assortment.