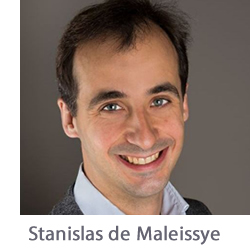 How do you merchandise ice cream in the cold of winter? General Mills France says it has found a way in the cloud.

The France-based subsidiary of General Mills Inc. decided last spring to build out its Häagen-Dazs ice cream brand beyond its core line of pints and minicups. With two years of consumer demand research data in hand it launched a new line of ice cream stick bars in five flavors.

But it’s no easier to get store managers to prominently display a new ice cream product in winter than it is to get consumers to think of buying ice cream outside of the hot summer months, says Stanislas de Maleissye, director of category and trade marketing for General Mills France.

That’s where its new cloud system comes in. General Mills France needed a way to collaborate with its business customers—the retailers that display and sell its products—on developing and deploying effective merchandise arrangements that positioned the new Häagen-Dazs line-up in an effective away among all of the other ice cream and related dessert items featured in a store. With the Perfect Shelf cloud-based merchandising tool it deployed last fall from Dassault Systèmes, General Mills France can now share through a web portal 3D images of suggested category displays with the retail executives and store managers who will actually carry out the in-store displays. The website also provides analytics data showing how effective such displays have been in attracting shoppers and generating sales.

“To succeed in convincing customers, it was necessary to adapt our ways of working in category management, moving from a brand-centric strategy to a truly category-centric mindset,” de Maleissye says. In other words, General Mills France now works with retailers to design and deploy effective merchandise displays that highlight the multiple products in a branded line-up, rather than just promoting the brand itself.

In the case of Häagen-Dazs, the company has used the Perfect Shelf tool to collaborate with retailers on how to display multiple flavors and styles of ice cream—including such new items as Salted Caramel, Vanilla Caramel Almond and Macadamia Nut Brittle ice cream in stick bars, pints and minicups—in a way that makes each flavor and style stand out from other Häagen-Dazs products as well as from other brands.

General Mills conducts multiple forms of research, gathering consumer demand information from surveys and consumer panels. It also compiles sales data of products featured in particular merchandise displays, then shares that information with retailers. In the past, however, its recommendations on actual shelf arrangements were given a low priority in discussions with retailers. With the Perfect Shelf application, which de Maleissye and others in merchandise planning meetings can access via web browsers, General Mills now plans to include the positioning of products on store shelves “at the heart of every discussion with retailers,” he says.

Although General Mills hasn’t recorded results from using Perfect Shelf since rolling it out last fall, the tool has already proven to make merchandise planning meetings with retailers more efficient and useful, de Maleissye says. “We can create a full-store environment in 3D, providing realistic views of store aisles, including shelves, fixtures, products, lighting and promotional materials,” he says. And because General Mills personnel and retailer clients can all view the same content through a web connection, they can also discuss and make real-time changes to suggested product assortments, signage and other elements.

This has also fostered the generation and sharing of new ideas on how to best position products, de Maleissye says. “It has been a great opportunity for richer and relevant discussions about ice cream shelf structure and organization,” he says.

De Maleissye says a staff merchandising expert at General Mills France took about two months of training to learn how to operate the Perfect Shelf software. General Mills also worked with Kalista, a consulting firm, to build up a base of 3D images of merchandise displays and store interiors. General Mills did not comment on the cost of deploying Perfect Shelf. Dassault Systèmes says pricing is based on a client’s number of SKUs and system users.

“This collaborative solution brings a new and innovative dimension to category management, with a focus on real-time exchange and pure retailer customization,” de Maleissye says. He adds that General Mills sees additional benefits ahead, as it expands the use of Perfect Shelf to other products. “We have only just begun to use Perfect Shelf,” he says, “but we want to go further and work on all of our categories with this tool, especially our World Food Category” of products from international markets. 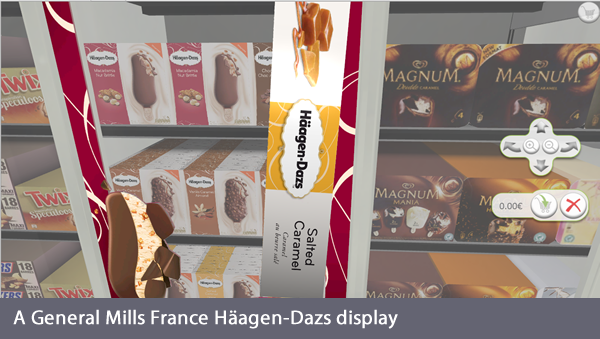